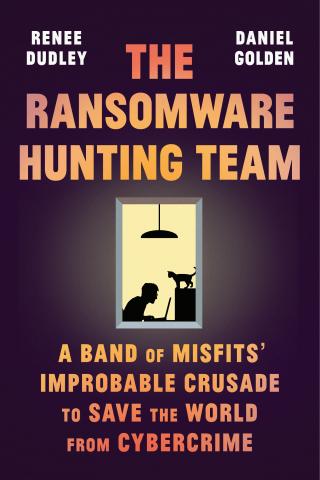 Bird in Hand, our sibling shop in Charles Village, invites you to a conversation with Renee Dudley and Daniel Golden on their new technological thriller, The Ransomware Hunting Team: A Band of Misfits' Improbable Crusade to Save the World from Cybercrime.

Urgent, uplifting, and entertaining, The Ransomware Hunting Team illuminates a dangerous new era of cybercrime, tracing the adventures of code crackers fighting hackers who lock computer networks and demand huge payments in return for the keys.

Come grab a drink or a snack from the Bird bar, and join us for a fascinating evening!

Click here to order, and read more about, The Ransomware Hunting Team!

Renee Dudley is a technology reporter at ProPublica. Previously, as an investigative reporter at Reuters, she was named a 2017 Pulitzer Prize finalist for her work uncovering systematic cheating on college admissions tests. She started her career at daily newspapers in South Carolina and New England, and has won numerous journalism honors, including the Eugene S. Pulliam First Amendment Award.

Daniel Golden, a senior editor and reporter at ProPublica, has won a Pulitzer Prize and three George Polk Awards. He is the bestselling author of The Price of Admission: How America’s Ruling Class Buys Its Way into Elite Colleges—and Who Gets Left Outside the Gates and Spy Schools: How the CIA, FBI, and Foreign Intelligence Secretly Exploit America’s Universities.