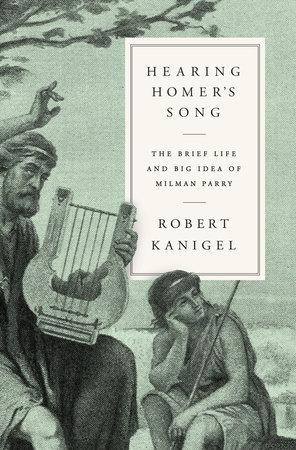 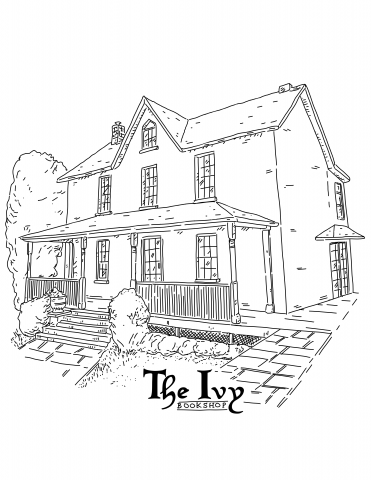 The Ivy is honored to welcome Robert Kanigel for a reading and conversation about his book Hearing Homer's Song: The Brief Life and Big Idea of Milman Parry. Robert will be in conversation with Jennie Hann. This event will take place in-person, on our back patio.

From the acclaimed biographer of Jane Jacobs and Srinivasa Ramanujan comes the first full life and work of arguably the most influential classical scholar of the twentieth century, who overturned long-entrenched notions of ancient epic poetry and enlarged the very idea of literature.

In this literary detective story, Robert Kanigel gives us a long overdue portrait of an Oakland druggist’s son who became known as the “Darwin of Homeric studies.” So thoroughly did Milman Parry change our thinking about the origins of Homer’s Iliad and Odyssey that scholars today refer to a “before” Parry and an “after.” Kanigel describes the “before,” when centuries of readers, all the way up until Parry’s trailblazing work in the 1930’s, assumed that the Homeric epics were “written” texts, the way we think of most literature; and the “after” that we now live in, where we take it for granted that they are the result of a long and winding oral tradition. Parry made it his life’s work to develop and prove this revolutionary theory, and Kanigel brilliantly tells his remarkable story–cut short by Parry’s mysterious death by gunshot wound at the age of thirty-three.

From UC Berkeley to the Sorbonne to Harvard to Yugoslavia–where he traveled to prove his idea definitively by studying its traditional singers of heroic poetry–we follow Parry on his idiosyncratic journey, observing just how his early notions blossomed into a full-fledged theory. Kanigel gives us an intimate portrait of Parry’s marriage to Marian Thanhouser and their struggles as young parents in Paris, and explores the mystery surrounding Parry’s tragic death at the Palms Hotel in Los Angeles. Tracing Parry’s legacy to the modern day, Kanigel explores how what began as a way to understand the Homeric epics became the new field of “oral theory,” which today illuminates everything from Beowulf to jazz improvisation, from the Old Testament to hip-hop.

Robert Kanigel is the author of nine books, most recently Hearing Homer’s Song: The Brief Life and Big Idea of Milman Parry. He has received many awards, including a Guggenheim fellowship, the Grady-Stack Award for science writing, and an NEH “Public Scholar” grant. His book The Man Who Knew Infinity was a finalist for the National Book Critics Circle Award and the Los Angeles Times Book Prize; it has been translated into more than a dozen languages, and was the basis for the film of the same name starring Jeremy Irons and Dev Patel. Kanigel and his wife, the poet S. B. Merrow, live in Baltimore.

Jennie Hann earned her Ph.D. in English from Johns Hopkins in 2017 with a dissertation on Robert Browning, Henry James, and the problem of other minds, a philosophical conundrum she argued was integral to the genre of biography. The following year she was selected as an “Emerging Critic" by the National Book Critics’ Circle. A contributor to the Baltimore Fishbowl, she is presently a Fellow in the JHU Writing Seminars and is at work on a biography of the late poet (and former Hopkins professor) Mark Strand.