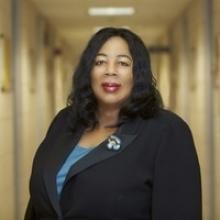 Brown Lecture Series: Harriet Washington, A Mind is a Terrible Thing to Waste

Check back in for virtual login info!

The 1994 publication of The Bell Curve and its controversial thesis catapulted the topic of genetic racial differences in IQ to the forefront of a renewed and heated debate. Now, in A Terrible Thing to Waste, award-winning science writer Harriet A. Washington adds her incisive analysis to the fray, arguing that IQ is a biased and flawed metric, but that it is useful for tracking cognitive damage. She takes apart the spurious notion of intelligence as an inherited trait, using copious data that instead point to a different cause of the reported African American-white IQ gap: environmental racism - a confluence of racism and other institutional factors that relegate marginalized communities to living and working near sites of toxic waste, pollution, and insufficient sanitation services. She investigates heavy metals, neurotoxins, deficient prenatal care, bad nutrition, and even pathogens as chief agents influencing intelligence to explain why communities of color are disproportionately affected -- and what can be done to remedy this devastating problem.

Harriet A. Washington has been the Shearing Fellow at the University of Nevada's Black Mountain Institute, a Research Fellow in Medical Ethics at Harvard Medical School, and a senior research scholar at the National Center for Bioethics at Tuskegee University. She is the author of Deadly Monopolies, Infectious Madness, and Medical Apartheid, which won a National Book Critics Circle Award, the PEN/Oakland Award, and the American Library Association Black Caucus Nonfiction Award.