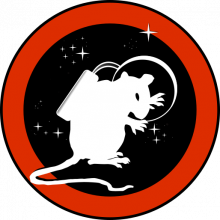 Charm City Spec, Baltimore's premier reading event for speculative fiction, is back! Come out to the patio of the Ivy, in their gorgeous parklike setting, for mixing, door prizes, and readings/signings/Q&A with fabulous local authors:

and our own Charm City Spec MC, Karen Osborne!

Please come at 7 p.m. on July 14th, and help us celebrate the resumption of our in-person fellowship!

Kate Reed Petty's first novel, True Story, was a New York Times Editors' Choice, and was nominated for a Bram Stoker Award and a Shirley Jackson Award. Kate's short fiction has been published by ZYZZYVA, American Short Fiction, and Electric Literature, among other places, and her experimental short films have appeared on Narrative Magazine and at the Maryland Film Festival. She is also the author of the middle-grade graphic novel The Leak. Kate lives in Baltimore.

Sarah Pinsker  is the author of over fifty works of short fiction, two novels, and one collection. Her work has won three Nebula Awards (Best Novel, A Song For A New Day; Best Novelette, "Our Lady of the Open Road," Best Novelette, "Two Truths And A Lie"), the Philip K Dick Award, and the Theodore Sturgeon Award, and been nominated for numerous Nebula, Hugo, Locus, and World Fantasy Awards. Her fiction has been published in magazines including Asimov's, Strange Horizons, Fantasy & Science Fiction, Beneath Ceaseless Skies, and Uncanny and in numerous anthologies and year's bests.

Sarah's first collection, the Philip K Dick Award winning Sooner or Later Everything Falls Into the Sea: Stories, was published by Small Beer Press in March 2019, and her first novel, A Song For A New Day, was published by Penguin/Random House/Berkley in September 2019. Her latest book is We Are Satellites, published in May 2021.

She is also a singer/songwriter with three albums on various independent labels (the third with her rock band, the Stalking Horses) and a fourth in the works. She lives in Baltimore, Maryland and can be found online at sarahpinsker.com and twitter.com/sarahpinsker.

Michael R. Underwood is the author of over a dozen books across several series, including ANNIHILATION ARIA and the GENRENAUTS novellas. He is a co-host on the actual play show Speculate! and a guest host on The Skiffy & Fanty Show.

Karen Osborne is a speculative fiction writer and visual storyteller living in Baltimore. She is the author of Architects of Memory and Engines of Oblivion from Tor Books, and her work has been nominated for the Nebula, Sturgeon and Locus Awards. A graduate of Viable Paradise and the Clarion Writers’ Workshop, her short fiction appears in Uncanny, Clarkesworld, Fireside, Escape Pod, Beneath Ceaseless Skies, and more.


The Ivy Bookshop - Back Patio
Login