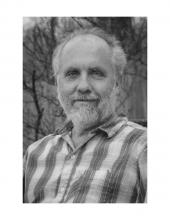 Humanities in the Village: Donald Berger, "Where Poems Come From: A Poetry Reading and Discussion of Influence and Processes of Composition"

The Ivy Bookshop and Bird in Hand present the latest installment of Humanities in the Village! This month's installment will take place in-person, on The Ivy's back patio.

This event will feature a reading of poems from four separate collections, The Long Time, Quality Hill, God's Bedroom, and Fortune, the first two of which are previously published (Wallstein Publishers in Leipzig and Lost Roads Publishers), one that's about to appear, (Foundlings Press/Strays Series) and a fourth still waiting to arrive in total but containing poems published in several magazines, most of them in mainland China. During my reading of a sample from these collections, I'll trace the course of their creation, describing influences, sources, processes of composition, and how I moved from one book to the next. Since many of the poems in the listed books have appeared via international presses and journals, the translation process is another topic to be included in our conversation following the reading.

Donald Berger is the author of Quality Hill (Lost Roads Publishers), The Long Time, a bilingual edition in English and German (Wallstein Publishers), The Cream-Filled Muse (Fledermaus Press), and Fortune (Foundlings Press). His poems and prose have appeared in The New Republic, Slate, The New York Times, Conjunctions, Colorado Review, Fence, TriQuarterly, The Iowa Review and other magazines including some from Berlin, Leipzig, Budapest, Hong Kong, and mainland China. He teaches in the Expository Writing Program at Johns Hopkins University.