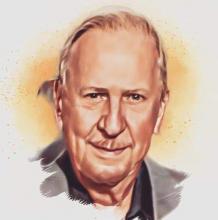 We're delighted to present an afternoon meet-and-greet with long time news anchor and commentator on WBAL Radio, Alan Walden, in celebration of his memoir, Networking: A Lifelong Adventure! This drop-in style event will take place on our covered front porch, so you can come chat with Alan and get your book signed.

Alan Walden is a nationally prominent broadcast journalist, historian, educator and public speaker. Known best in the Baltimore area as a long time news anchor and commentator on WBAL Radio, he is one of only a handful of individuals or organizations to have won a Lifetime Achievement Award from the Society of  Professional Journalists. His commentaries, Walden Ponderings, were also chosen as Best of the Best, in all categories, by the Maryland-Delaware-DC Broadcasters Association.  Walden was one of the founders of two nationwide radio networks; he has taught writing and journalism and conducted seminars at major colleges and universities. An Army veteran, Walden was named Colonel of the Maryland Line by the late Governor Willian Donald Schaefer and, in 2019, was invested in the Order of St, Maurice by the U.S. Infantry Association. Active in public affairs, Walden was a major party nominee for Mayor of Baltimore in 2016.  His just published memoir, "Networking-A Lifelong Adventure" takes the reader on a pulse thumping half century journey across the nation and the world.