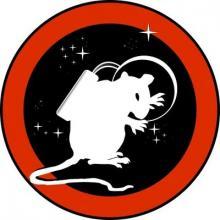 Join us at Bird in Hand for the return of Baltimore premier speculative fiction reading series.  This month’s readers are Leslye Penelope, Michael Swanwick, and T. Eric Bakutis.

Leslye Penelope has been writing since she could hold a pen and loves getting lost in the worlds in her head. She is an award-winning author of fantasy and paranormal romance.  She was born in the Bronx, just after the birth of hip hop, but left before she could acquire an accent. Equally left and right-brained, she studied Film at Howard University and minored in Computer Science. This led to a graduate degree in Multimedia and a career in website development. She's also an award-winning independent filmmaker, co-founded a literary magazine, and sometimes dreams in HTML.  She will be reading from Song of Blood & Stone: Special Earthsinger Edition.

Michael Swanwick has received the Nebula, Theodore Sturgeon, World Fantasy and Hugo Awards, and has the pleasant distinction of having been nominated for and lost more of these same awards than any other writer. He has written ten novels, over a hundred and fifty short stories, and countless works of flash fiction.  He will be reading from his latest novel The Iron Dragon’s Mother.

T. Eric Bakutis is an award-winning author and game designer. His first fantasy trilogy, Tales of the Five Provinces is complete, and Analog Science Fiction and Fact actually liked his grimsnark scifi thriller, Supremacy's Shadow, which he happily admits is filled with violently explosive nonsense. You can read sample chapters from his books at www.tebakutis.com, and read his cyberpunk police procedural, Loose Circuit, for free at www.loosecircuit.com. When not writing, he is probably in Skyrim VR.