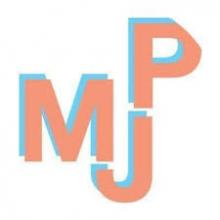 The Ivy Bookshop in conjunction with Mason Jar Press

Join three amazing fiction writers at Bird in Hand for a celebration of their novellas (Mason Jar Press, 2019): The Couples by Nicole Callihan, Manhunt by Jaime Fountaine, and All Friends are Necessary by  Tomas Moniz. The event will feature short readings, a Q & A, book signing and general merriment!

Originally from North Carolina and raised in Oklahoma, Nicole Callihan writes poems and stories. Her poetry books include SuperLoop and Translucence, a dual-language, cross-culture collaboration with Palestinian poet Samar Abdel Jaber; and the chapbooks: A Study in Spring (co-written with Zoë Ryder White), The Deeply Flawed Human, Downtown, and Aging. A frequent collaborator with artists, actors, and writers, Nicole's work has appeared in Tin House, Sixth Finch, and as a Poem-a-Day selection from the Academy of American Poets. She lives in Brooklyn, New York and teaches writing at New York University. Learn more at www.nicolecallihan.com.

Jaime Fountaine was raised by "wolves." Her work has appeared in places like JMWW, Paper Darts, X-R-A-Y, and Barrelhouse, where she writes the “Fountaine of Advice” column. She lives in Philadelphia, where she co-hosts the Tire Fire reading series with Mike Ingram at Tattooed Mom. You can find her on the internet at jaimefountaine.com, and @jaimefountaine on Twitter and Instagram.

Tomas Moniz edited Rad Dad and Rad Families. His novella Bellies and Buffalos is about friendship, family and Flamin’ Hot Cheetos. He’s the recipient of the SF Literary Arts Foundation’s 2016 Award, the 2016 Can Serrat Residency, the 2017 Caldera Residency and others. He’s recently been published by Barrelhouse, Spring 18, and was awarded the 2018 SPACE on Ryder Farm residency. In 2019, he’ll release a chapbook with Mason Jar Press in July and his debut novel, Big Familia, on Acre Books, the book publishing offshoot of The Cincinnati Review in the Fall. He has stuff on the internet but loves letters and penpals: PO Box 3555, Berkeley CA 94703. He promises to write back.